The one sentence I’ve said more often than any other in the past two weeks. I wake up and think of tea even before I think of coffee. I take a sip of that coffee, followed by two sips of tea. Even when I go out on coffee dates but order tea. It’s tea this, tea that. I’m obviously going crazy with it because it really helps my throat, but a cold or no cold, tea is good, there’s no denying that. 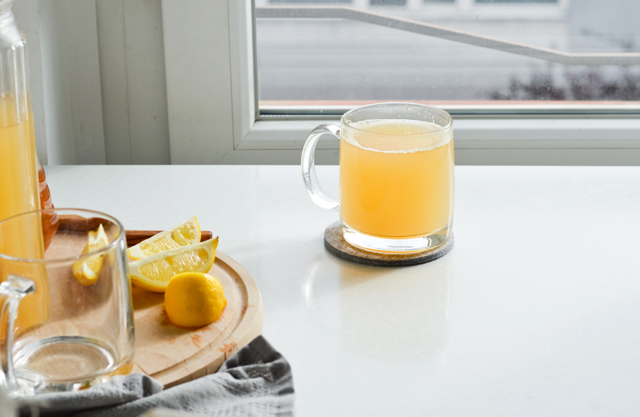 I have a few favorites, all very basic tastes like chamomile with honey, ginger with lemon or mint. I’ll sometimes buy “special” mixes like evening tea or energy tea, whatever that means. It’s fun and I don’t need much convincing to try a different blend, especially one that promises to give you all the energy you need for the day. 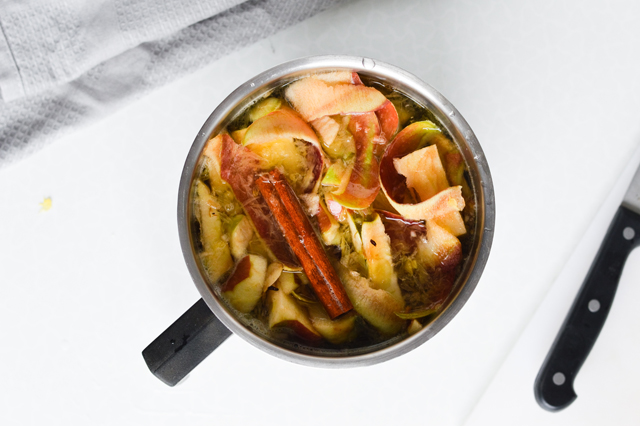 This is autumn aka apple season and there’s a lot of apple peeling happening, for things such as this apple sauce or fregola with caramelized apples and let’s not forget apple pie. That means being stuck with piles of apple peels and cores. And while I wouldn’t describe myself as being extremely frugal,  I actually am to some extent. This apple peel tea is proof.

Making apple peel tea instead of discarding the peels is the best thing I’ve ever made and it’ll be the best thing you ever do. Really. Just like you can make a crispy snack out of potato peels (because this is also potato peeling aka mashed potatoes season, right?), you need to make tea out of apple peels and cores.

This orange apple peel tea smells absolutely amazing and it’ll remind you of apple pie. It is naturally sweet, mild but fresh. I make my apple tea with fresh orange juice, for some extra zing, and with a cinnamon stick because apples without cinnamon just aren’t the same.

The tea is perfect like that, but I think some honey and a squeeze of lemon complement the flavor nicely too. And so does rum, if you’re in the mood (and if we’re calling this the apple and mashed potatoes season, let’s admit it’s spiked drink season too).

Make use of apple peels with this aromatic apple peel tea.
Recipe makes about 1 liter (4 cups) of tea.