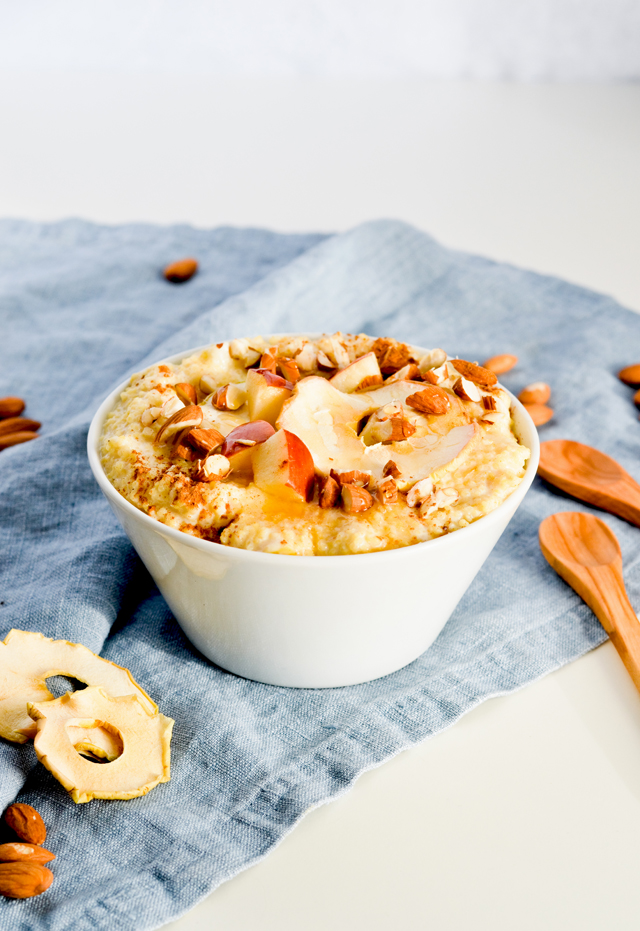 I’ve been trying to break this breakfast rut I’ve been in. This always happens to me, I go through phases of having the same breakfast everyday like it’s the best thing in the world and not trying anything else.

Lately it’s been yogurt. Sometimes with a banana. Before that I was all about smoothies. Every now and then it’s cereal. Occasionally I’ll have something else, like pancakes, but that’s rare.  And so yogurt has been losing its appeal, because it is cold out and I don’t feel like having cold yogurt on top of that.

And while there are other options, I feel like I’ve tried everything. In my search for something new, I now re-discovered millet, specifically millet porridge. 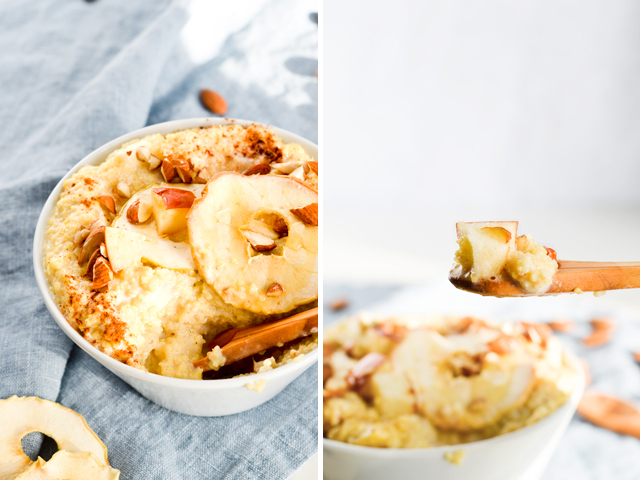 A while back a store I frequently shop at had a big deal on organic millet, so I bought 3 packages of the stuff and I paid only half the price for each one. That’s a good deal! But having 1.5 kilos (3.3 pounds) of millet is a lot.

Even 1.5 kilos of flour sounds quite a bit, but a few pizzas, some pancakes or bread and it’s gone. That is not the deal with millet. I really have an abundance of it and I need to do something. And it’s not just that I have to use it up, I want to as well, because this stuff is good, real good. And it’s gluten-free too, so it doesn’t leave a heavy feeling in my stomach, which is always great. 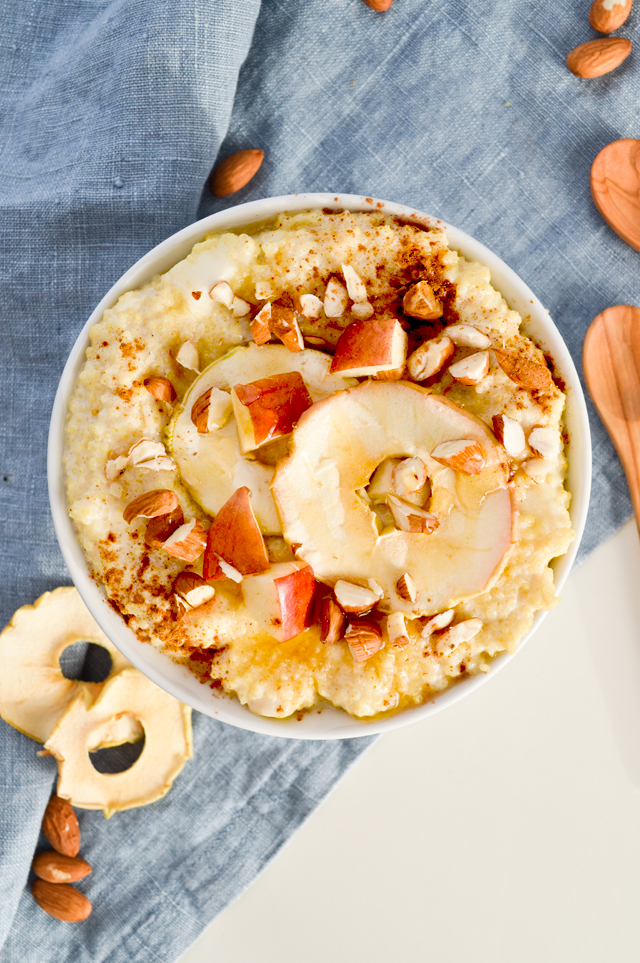 I usually put a banana in my oatmeal, cereal or yogurt, but I prefer to at apples with millet porridge for now. Chopped and mixed in, with cinnamon and honey, they make a very tasty combo. And I think this type of millet porridge is perfect for breakfast because it’s just very classic and easy to make, exactly what I like on a sleepy morning.

A nourishing breakfast, filled with apples and cinnamon.

You can easily skip the milk and cook millet with water instead.

The 1:2 ratio of millet to milk is just enough for the millet to be completely cooked, but no liquid is left behind. I always do this and then add extra milk for creaminess and whatever consistency I want on a particular day.