Why have only apple pie when you can have Vanilla pudding apple cream pie? 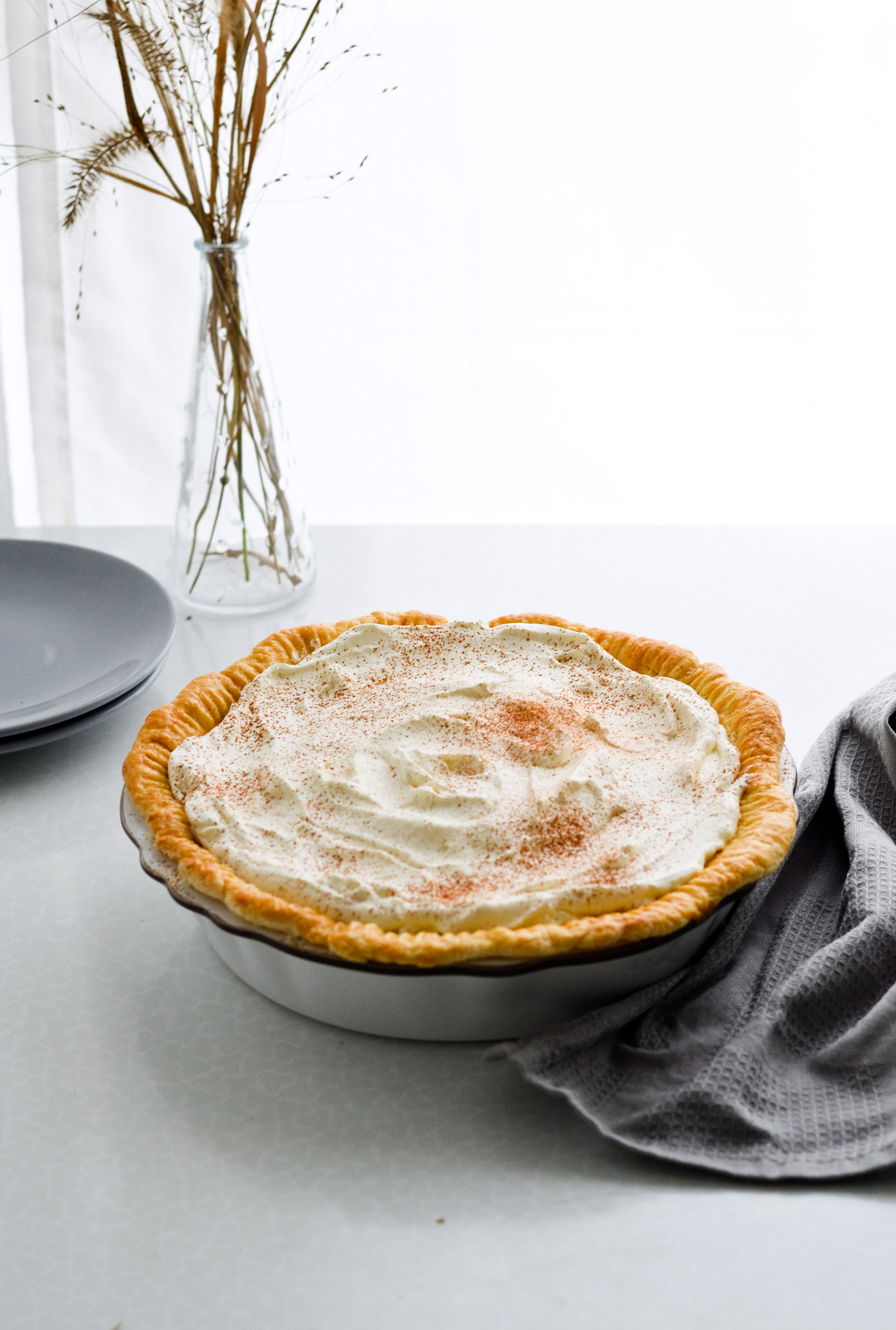 It could be that you already know what kind of pie or pies you’re baking this week. Or if you’re super lucky, you’ll be the one on the receiving end and just enjoy a piece, or three (hey, I’ll never judge you).

But if you’re still playing around with ideas or if you’re not sure whether you even want pie I’m here to convince you to have a go at this vanilla pudding apple cream pie. It was the star of the weekend for me. 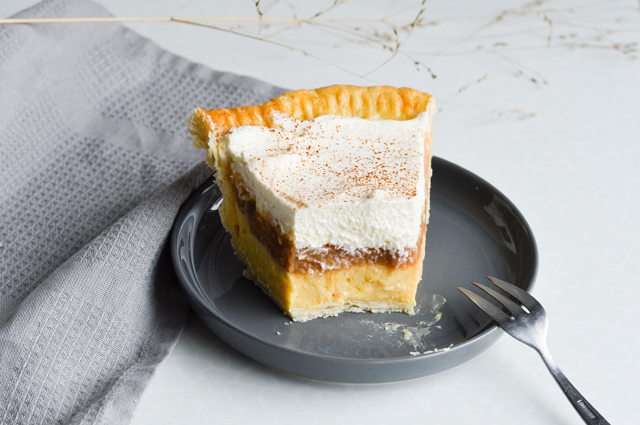 It snowed on Saturday and I got so excited! I thought we were getting the first real snowfall of the season. But it only snowed for a few hours and then the next day there were no signs of it left. Whyyyy? 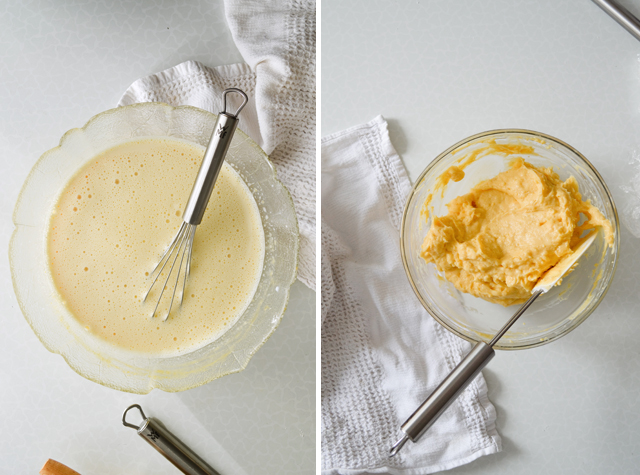 It’s not that I don’t like the dry Fall weather, because I love it, but having a snowy intro to December would be really nice. But snow or no snow, it was so cold I had no desire to go out at all. So pie baking was what I did.

And let’s talk about this Vanilla pudding apple cream pie, because it’s more interesting than weather, I admit. It is a mix of two of my favorite things – vanilla pudding and applesauce. Or a mix between banana cream pie, without the bananas, and a classic apple pie. They really make a great pair.

Vanilla pudding is sweet, but mild and the slightly acidic applesauce, loaded with cinnamon, complements it nicely. Add flaky crust and whipped cream to that and sing “this is what dreams are made of”, because they are. I like to sprinkle some cinnamon over whipped cream too, to make the pie smell extra good and look very pretty.

Assembly (When all three – the pie crust, vanilla pudding and applesauce have cooled, you can put the pie together.)

Keep the pie covered and stored in the fridge for up to three days, although it tastes best on the first and second day.

If you want more applesauce filling, simply double the ingredients.

To get rid of any lumps, strain the pudding through a fine-mesh strainer. (Unless you don’t mind a few lumps, in that case just skip this step.)

Making pie dough with frozen grated butter, instead of finely diced butter, is quite a new thing for me. But this has quickly become my favorite way of making pie dough, because the end result is the flakiest pie crust I have ever seen.
In case this information comes in handy for planning, it takes about an hour (in my freezer) for the butter to freeze.

MAKE AHEAD
You can have everything ready a day ahead of serving time.
Make the pie dough a day ahead, wrap it in plastic wrap and store in the fridge overnight. Then store the baked crust for another day, wrapped in plastic wrap, at room temperature.
Store vanilla pudding and applesauce filling, both tightly covered with plastic wrap, in the fridge overnight.
Make whipped cream on the day you plan on serving the pie. Assemble the pie, then chill for 2 hours (or more) prior to serving. This will harden the cream and make pie easier to cut.