Brunch it up with this spinach leek flatbread! 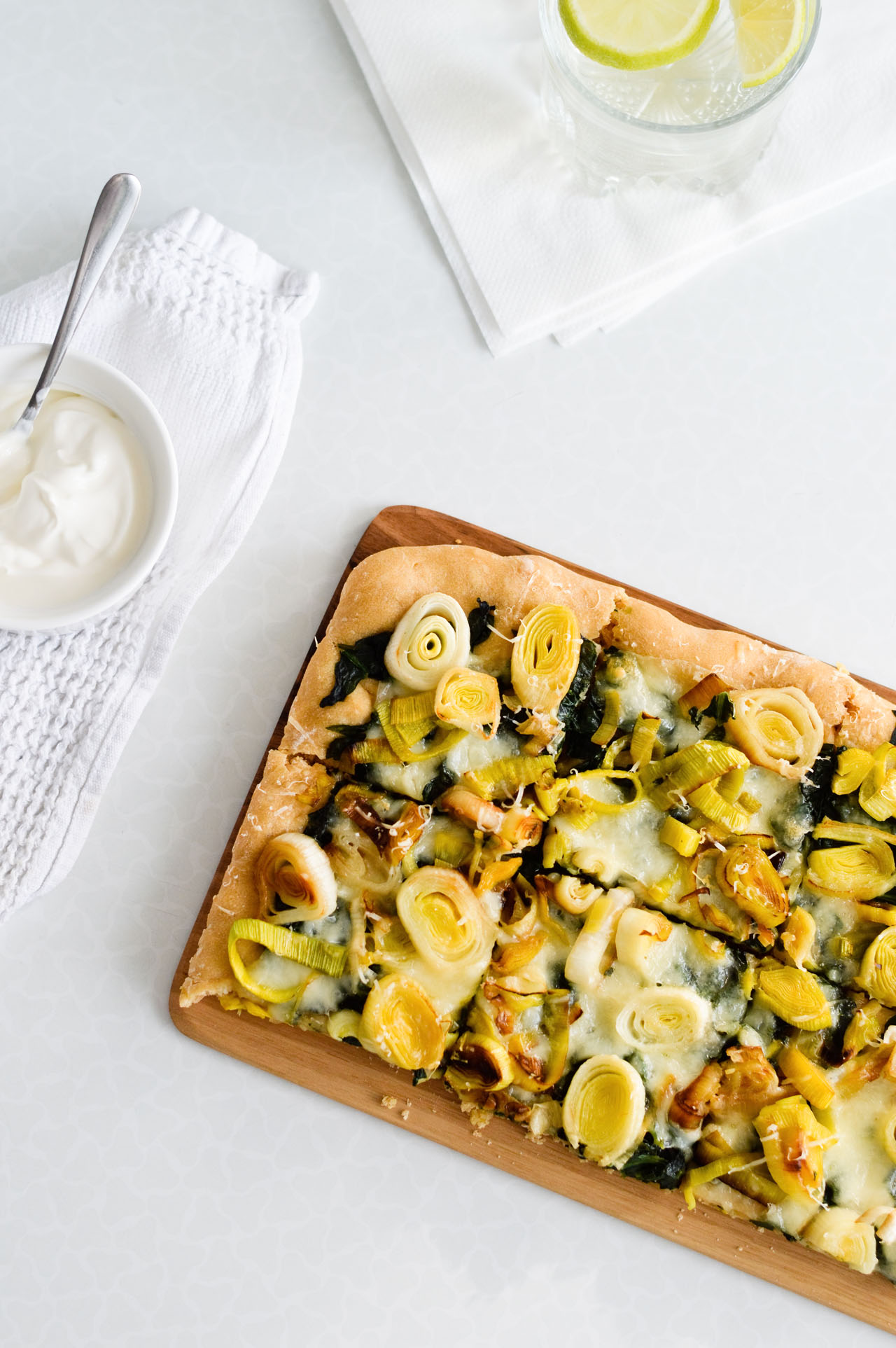 I always seem to go back to spinach. Whatever I cook, spinach is bound to pop up soon enough. And for the past few days I’ve been really thinking about my love for it and where it comes from. I don’t remember a specific time, I just know I’ve always loved it. My immediate association is always Popeye, I used to watch that, but as much as kids can be influenced by stuff on TV, I don’t think I ever liked spinach because of him.

I do remember my mom’s creamed spinach and so I guess that was what made me love it so much; along with Swiss chard and I thought for a long time (as a kid) that spinach and Swiss chard were one and the same.

My mom’s aunt had a garden and for years she grew insane amounts of Swiss chard, so we always got bags of that in the summer. I still remember sitting behind the kitchen table with my mom, with bags of Swiss chard on the floor and bowls on the table, watching TV while ripping the stems out of the chard. Once everything was trimmed, my mom rinsed it and bagged it for later use. 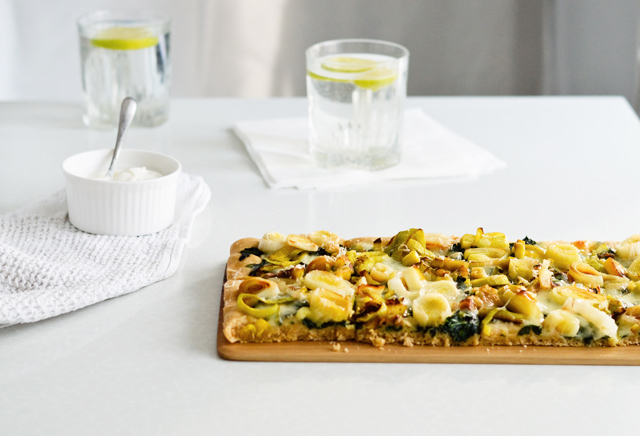 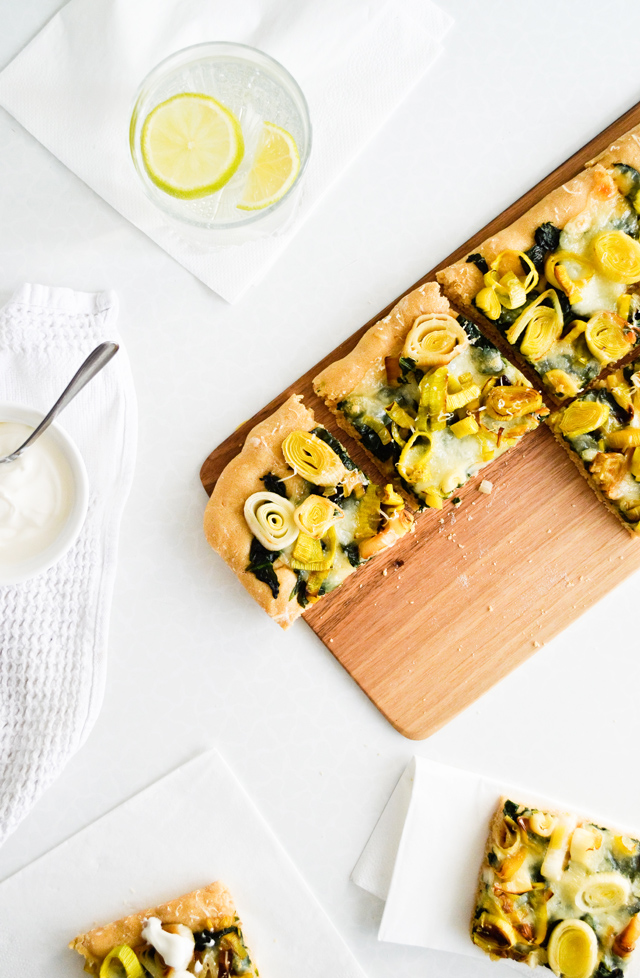 If you’re not new to this little corner of the web, you’ve  definitely noticed my love for it. There’s a spinach salad I adore, the best ever spinach lasagna, I have a recipe for the best creamed spinach, then there’s the leek and spinach tart that I always get compliments for, and which might seem similar to the recipe I’m sharing today, but it’s really not.

This spinach leek flatbread is much lighter, it’s a cross between that tart and a regular pizza. Years ago I made it with leeks only, and cheese of course, but I always felt something was missing. Then, I thought of spinach. Naturally, nothing is a better fit than spinach.

Leeks and spinach just work. It’s as simple as that and putting the two together is poetry on a plate. It’s a shame, really, that I ever even made flatbread without it.

The crust is thin, slightly thinner than my regular pizza crust and I use soy sauce instead of salt for some extra flavor. The spinach and leeks are cooked on some olive oil, just until they soften. Mozzarella is an important addition because I can’t seem to stay away from cheese, although I’ve eaten these pizza squares with only a sprinkling of cheese too and they’re just as wonderful.

If I had to pick a winter brunch or holiday dinner dish, I’d go with the leek and spinach tart. It’s richer and fits the cold weather better I think. But I’m welcoming Spring into my home and so spinach leek flatbread is my choice at the moment. And not that it needs any additions, but I love to put a tiny dollop of sour cream on top of each square. The cold  sour creaminess is the perfect counterbalance to warm and slightly sweet leeks and flatbread.

Ideally, I would serve this with my elderflower blueberry and lime mocktails (a version without the blueberries is seen in the photos).

You don’t have to use the soy sauce and can just substitute it with salt, but I think the soy sauce makes this dish more exciting.

If you don’t have spinach, Swiss chard is great too.

Aged mozzarella is the dry sister of classic mozzarella. It’s usually sold tightly wrapped in plastic and shaped like a log. Where I live it’s labeled as “cuisine” or “cooking” mozzarella, because as the name suggests it’s best for cooking. It isn’t as moist as classic mozzarella and therefore won’t add extra water to whatever dish you’re cooking. If you can’t find it, use the regular mozzarella instead. But once the flatbread is baked, let it sit in the pan for 5-10 minutes, this will help everything stick together more.

This flatbread tastes good cold too.