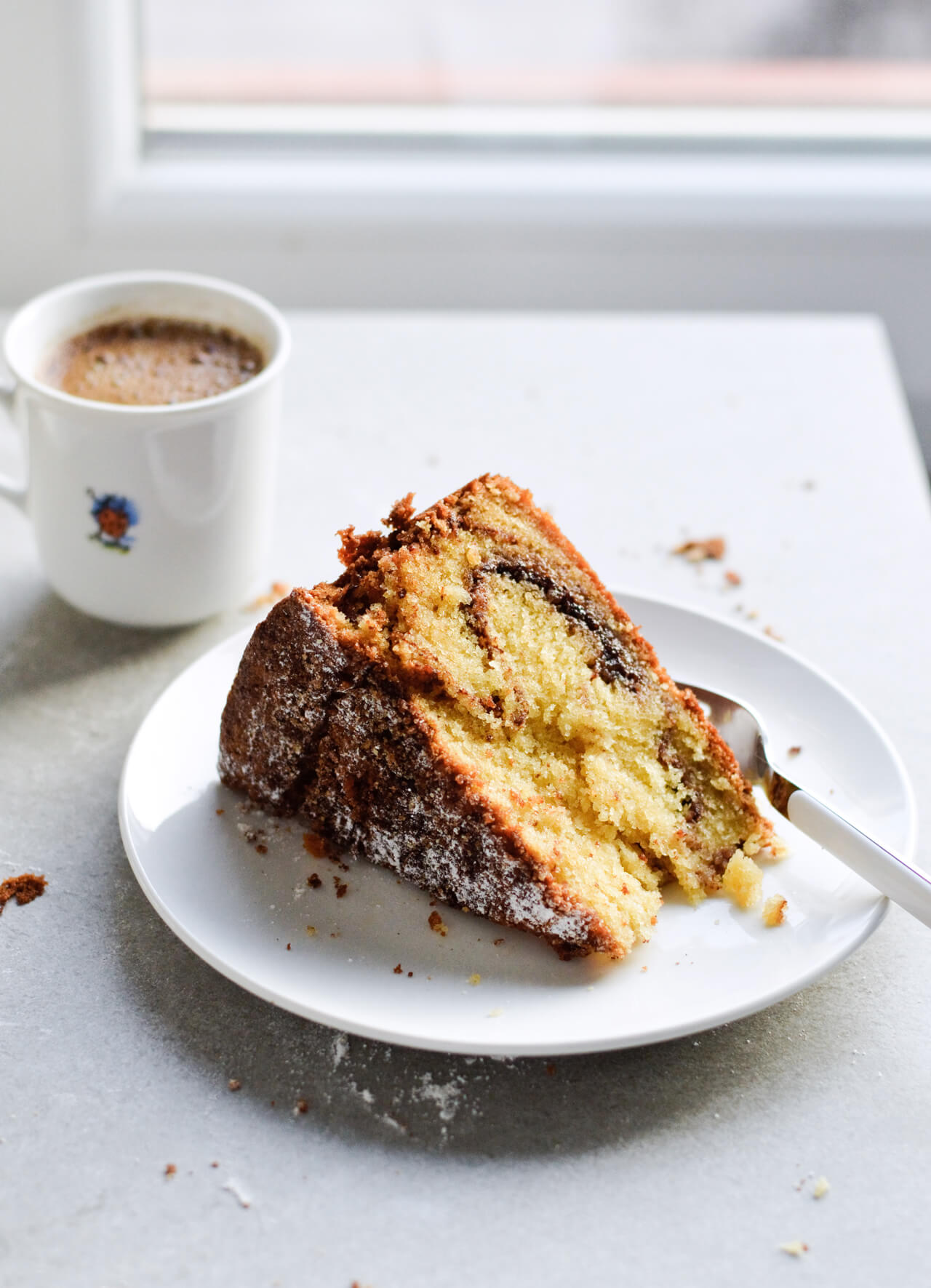 There’s cake and then there’s coffee cake. truthfully, I love both. But there are days when I just need coffee cake. When it’s 4 in the afternoon and I’m feeling sluggish all I want is coffee cake. Not just any though, I want this sour cream cinnamon coffee cake! 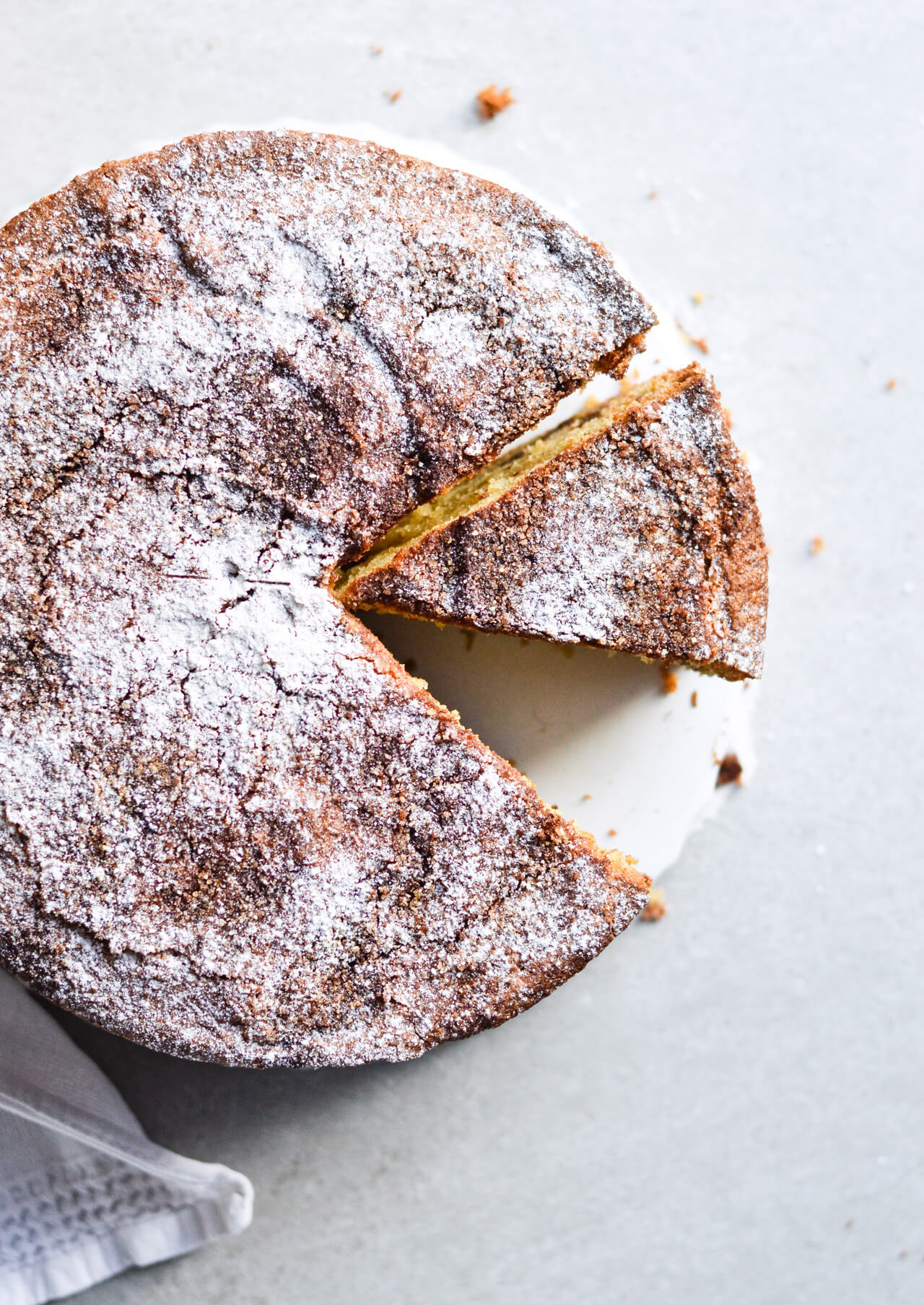 It just might be my favorite cake in the whole world. I love baking with sour cream, because it always makes the cake super moist, soft but still compact. Just look at this blueberry cake. And it takes the cake from boring to rich.

The cake takes some time to bake, but it’s so worth it. You do get a cake that’s quite big, but it holds well for 2-3 days, so you’ll have more than enough time to eat it. 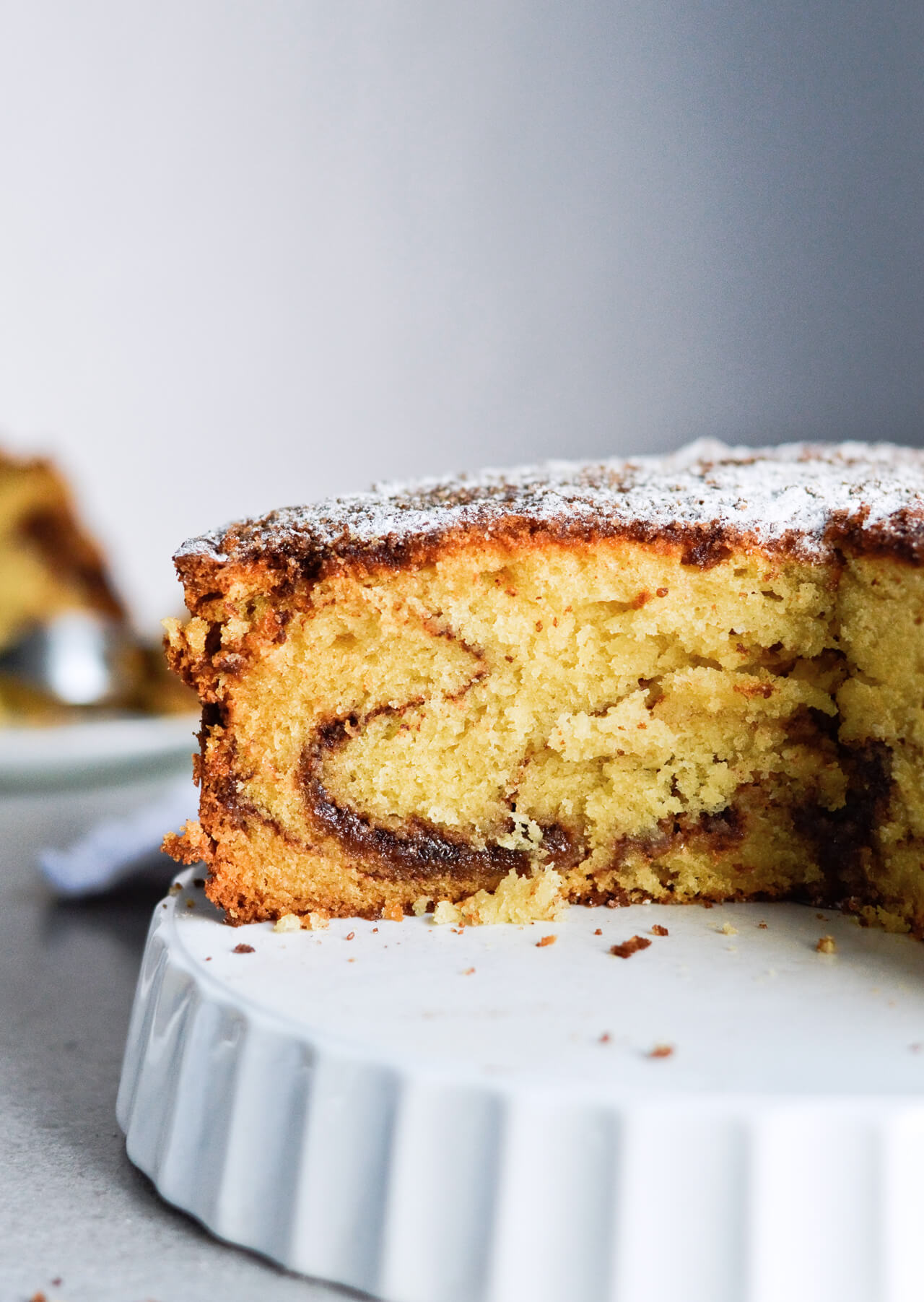 The cinnamon swirls are another thing I adore. This adoration goes beyond the beautiful marble effect, it’s the taste that gets me. The cinnamon is mixed with sugar and hidden between layers of batter. As the cake bakes the sugar turns into a beautiful cinnamon-y sauce and as you bite into the fluffy cake you get some of that with it. It’s magic.

You also sprinkle some of this cinnamon sugar on top of the cake and as it bakes the crystals slightly caramelize and create a hard surface, which gives a slight crunch to the overall very airy cake.

This is one of those recipes that should be a staple in any home. I think it’s a great late-afternoon cake; something that could serve as a snack or dessert, but is also impressive enough for guests.  Entering the evening hours of any day with fresh cake on the counter is absolutely divine, but to be completely honest with you, I had leftover cake for breakfast and I loved every minute of it.

There’s just something about having leftover cake in the morning. I’ll never get tired of it.

I’m also convinced this tastes even better the next day, when it’s had enough time to really cool and set. Although you’ll see a crumb here or there, overall this sour cream cinnamon coffee cake holds together really well and is everything but crumbly or dry. So, basically amazing.

What every home needs!
Recipe makes one 23-cm | 9-inch cake.