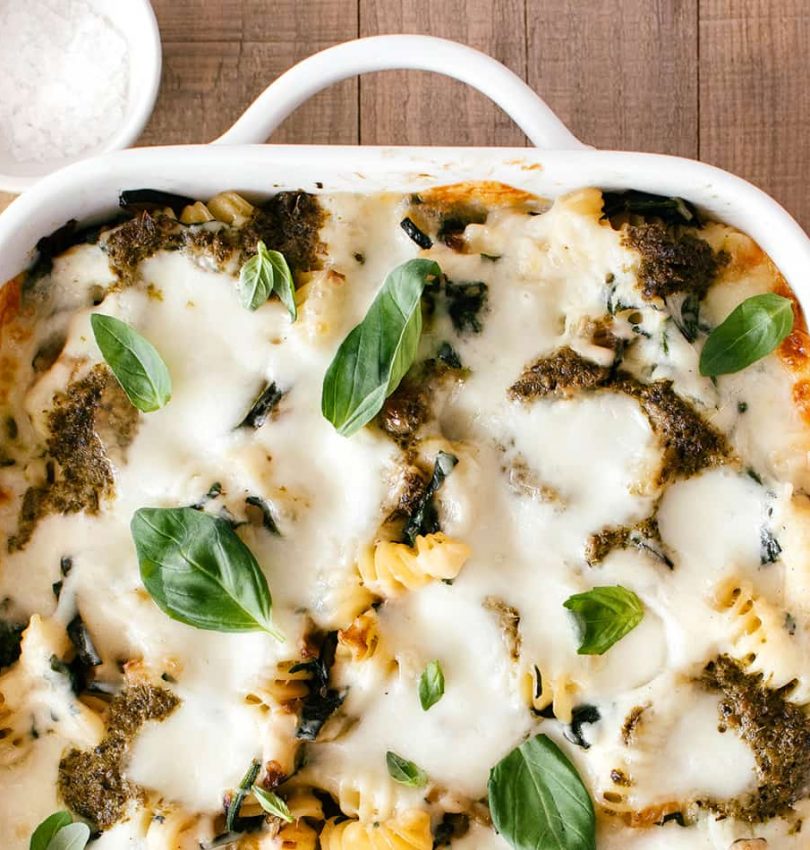 When you want all those lasagna flavors, but don’t feel like spending too much time arranging everything neatly, make this lasagna-style zucchini spinach pasta bake. This vegetarian baked pasta makes a really great dinner. And you’ll love the leftovers just… 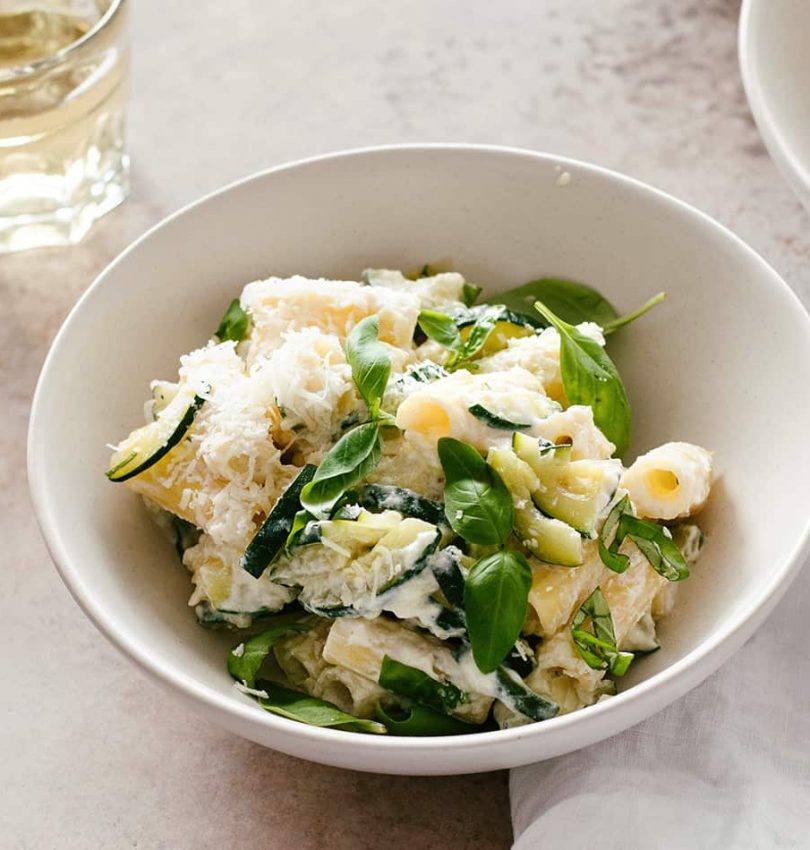 This just might be my favorite quick summer dinner. And with a mix of flavors that take me all the way to Italy. This lemon ricotta zucchini pasta comes together very quickly. It is made with a 30-second ricotta sauce,… 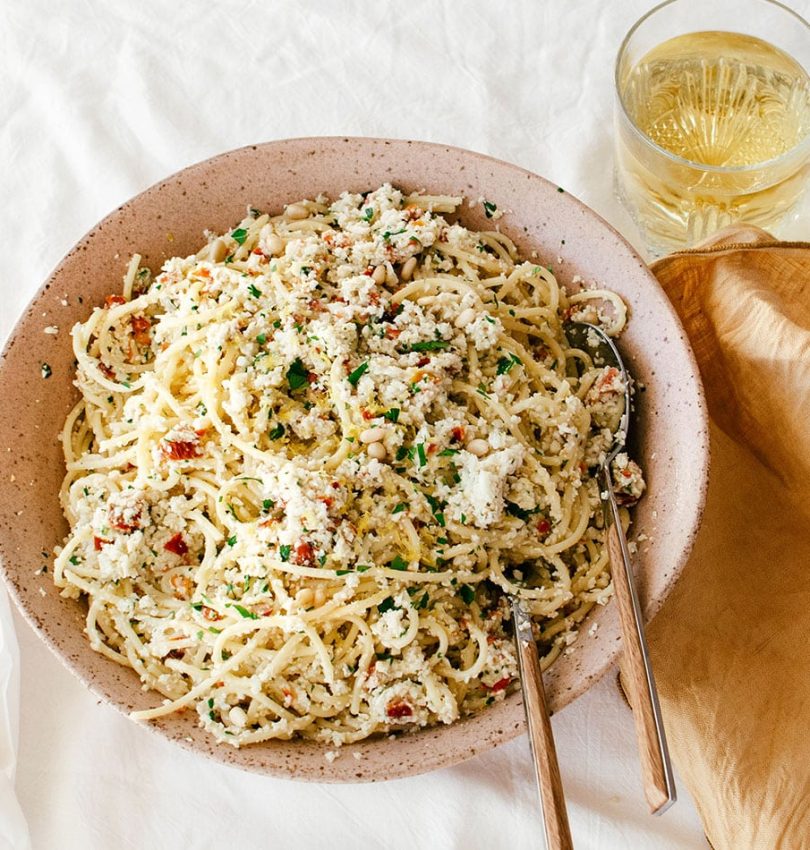 Made in under 30 minutes, this spaghetti with cauliflower pesto is a healthy-ish pasta dish that makes the perfect weeknight dinner. Made with a mix of fresh herbs, meaty sun-dried tomatoes, crunchy pine nuts, riced cauliflower and a few extra…

This easy cheesy mushroom baked ravioli is not only insanely satisfying, it is perfect for so many occasions. A mix of cheesy ravioli, crazy good mushrooms sauce and cheese; this dish is almost like a lasagna, without all the work.…

Wow, it’s May already. Before you know it it’ll be August and then September and Halloween aaand Christmas… and 2017.

But, let’s take things slow. I hope all of you had a great weekend and that you got some time off, after all Sunday was International labor day (or workers’ day). Although this is a 2-day holiday here, including May 2, which is supposed to be a work free day too, but I know some stores were opened anyway. …

I’m sitting here with an empty cup of coffee, thinking if I should make myself a new one, but decaf this time as it’s late and I want to go to sleep in a few hours. I used to think coffee had no effect on me, but lately I’ve come to the realization that it does, at least in the evening.

It’s also pouring outside, which you probably don’t care about at all, but I just thought I’d share it anyway. And, playing on a screen next to me is episode-whatever of The Real Housewives of New York City. If you’re side-eyeing me right now, well, I don’t hold it against you. I’m watching season 7 right now, but I’ve never actually seen the show before so I kind of have no idea who the girls are. Not that it really matters if I know or not.