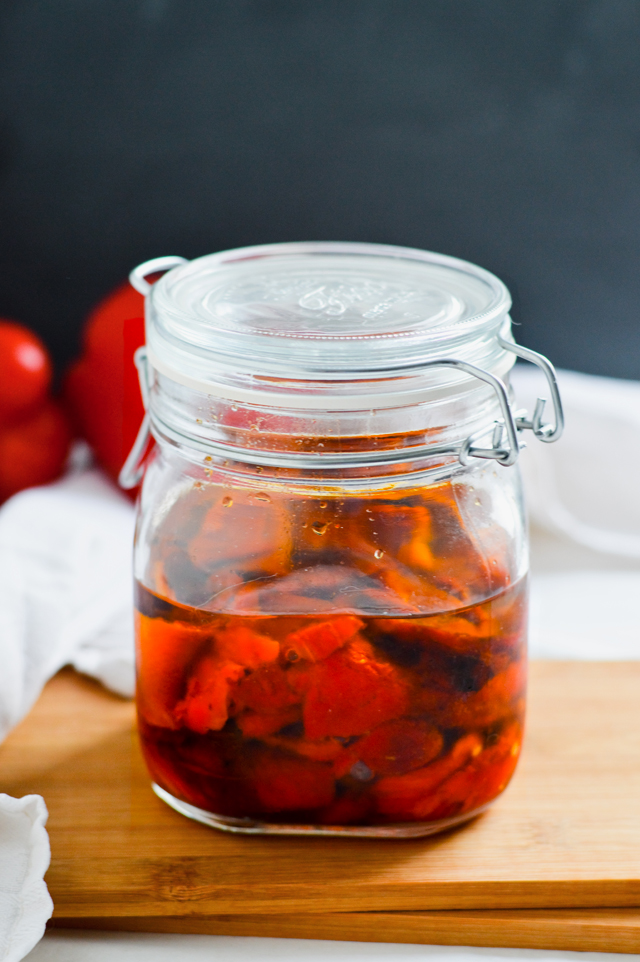 If there’s something I  really like about recipes and cooking, it’s the things you can make ahead. That just makes life a lot easier and cooking more fun I think. Especially when there are certain ingredients that can make a dish so much better if they’re prepared at home.

Like these roasted red bell peppers. If I want to try out a recipe and it calls for roasted peppers, I know I can either buy them in a jar or make my own. Making my own takes extra time, but that is all worth it in terms of flavor.

But what if I don’t want to spend an extra hour on preparing the peppers for a simple quick dinner? Well, planning ahead comes in handy. And because I’ll be making something with roasted red peppers very soon, I wanted to share this tutorial on roasting your own peppers. 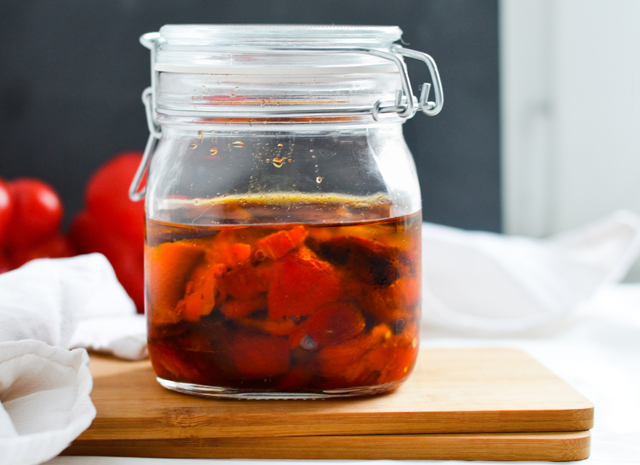 The one recipe or how-to I continually run into is the one that uses a gas flame. If not that it’s the broiler. I don’t like either of these two. I love open flame and if I had a garden, I’d grill the peppers outside all the time (apart from the really cold months), but I am not a fan of gas, so I don’t cook with it in my home.

The oven has a broiler, but I’m not a fan of that either. I just don’t think I need it. So, I found this recipe by the great Ina Garten. She suggests roasting the peppers in the oven, with no broiler. It takes longer, but is just as good as the other techniques and for obvious reasons this is my favorite method.

And can I just say that my apartment smelled amazing while these were roasting and for the whole afternoon after that? I’m not usually a fan of the smell vegetables give away while they cook, but these peppers are truly something else. Smoky and sweet and I just cannot wait to make them again. 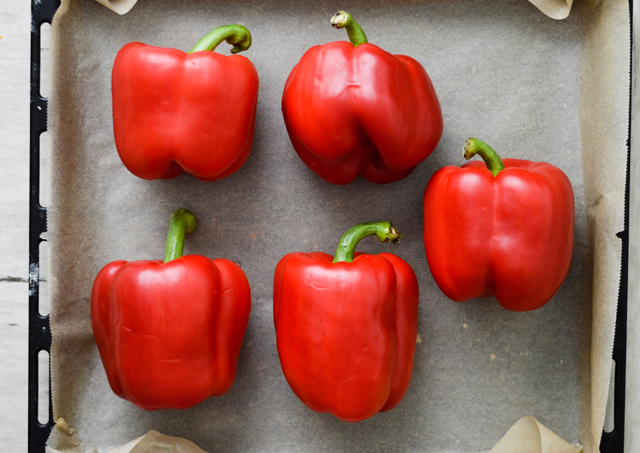 Great addition to any summer BBQ, salad or other dish!

You can use other pepper varieties instead of the red bell peppers.

Peeling the peppers is a messy step and your fingers will get oily fast, attracting all the little seeds that will stick to your hands and annoy you. What helps me is just rinsing my hands under water, but I never rinse the peppers (to preserve the flavor).

This recipe is adapted from Ina Garten. I also like Marinated roasted peppers by Simply Recipes (this recipe includes instructions for canning.)