What’s better than movies and individual Halloween pizzas for Halloween? 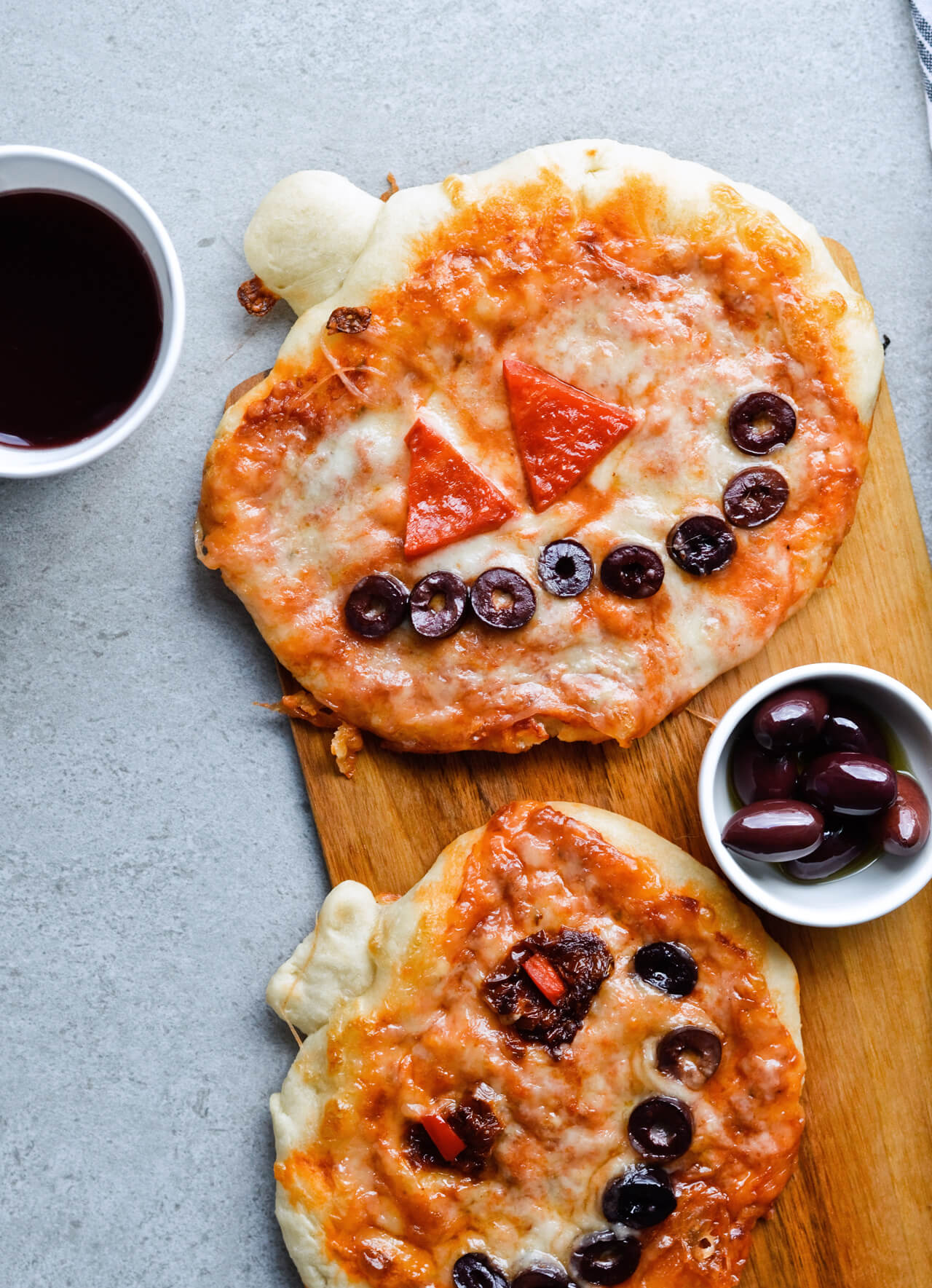 So, chances are you’ve already got everything planned for this weekend, but then I think there are equal chances that you don’t?

And if you don’t, I’m here to help. I wanted to quickly jump in and tell you all about how to make a Halloween pizza. It’s really simple, but such a cute thing to do on Halloween. If combined with scary movies, you’re in for a really fun evening!

I’m all for keeping that inner child alive. I think that with everything we have to deal with in life, it’s important to still have fun and do silly things like turning a regular pizza into a jack o’lantern pizza.

But first, here’s my list of 11 Halloween movies to watch:

I’ve seen all of these, many multiple times. Some are scarier than others and most are great movies for any day of the year, not just for Halloween. 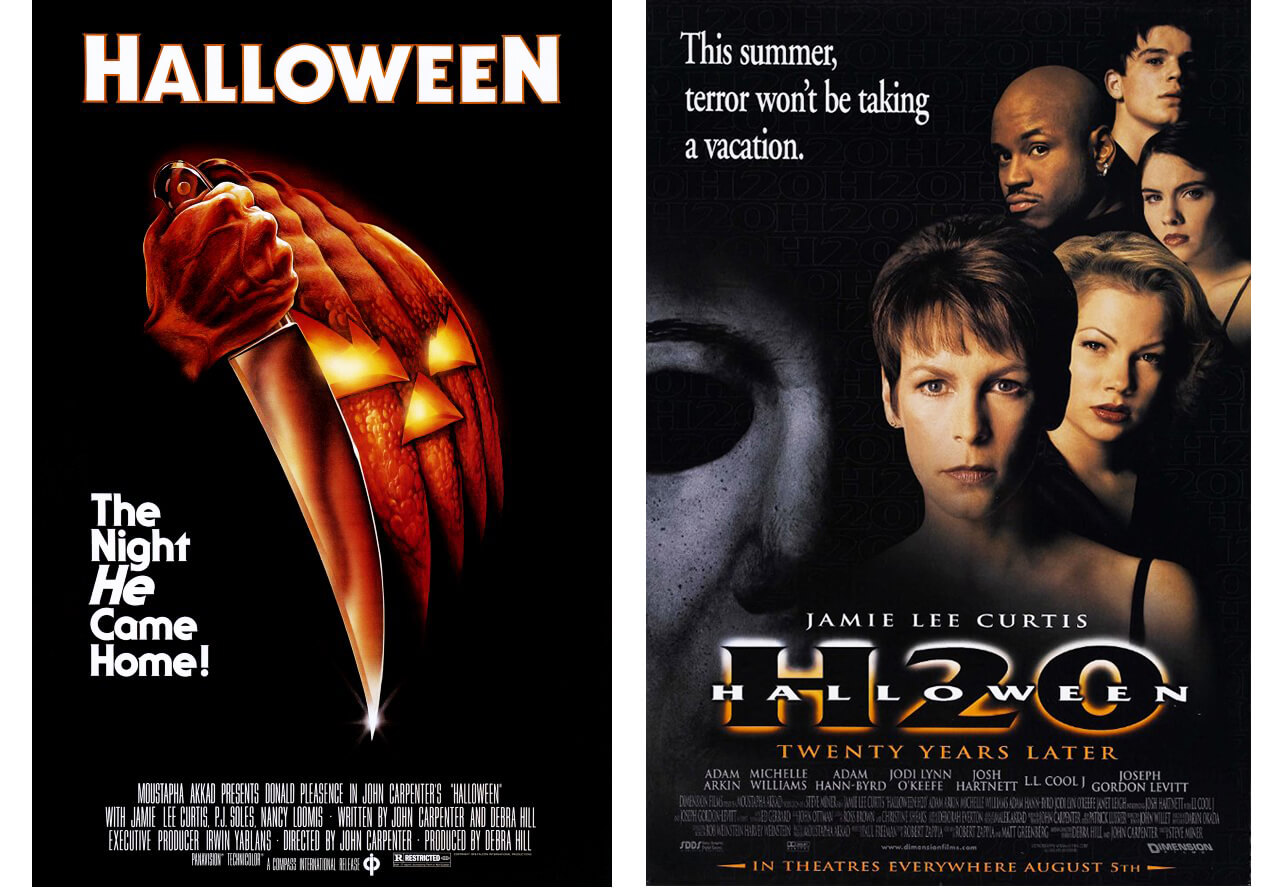 Crazy killer on the loose! Michael Myers, the masked killer, escapes from a mental hospital right on Halloween!

Halloween, the movie, is a true classic that you definitely should watch. As any successful movie it has waaay too many sequels, but I picked one, set exactly 20 year later. I think it’s worth a watch and you get young Josh Hartnett, Joseph Gordon-Levitt and more.

Do we need a description for these?
Hitchcock’s Psycho gives us Norman Bates who runs Bates Motel with his overbearing mother and it drives him crazy. Literally.

The Texas Chainsaw Massacre could also be called Hell in Texas where kids on a road trip run into a family of cannibals and end up fighting for their lives.

Wes Craven gives us another Halloween classic! Freddy Krueger, the villain from Elm Street who kills teens in their dreams, is one of the most iconic characters ever created.

Okay, Misery is a classic! I absolutely love this movie. Rok doesn’t share my enthusiasm because Kathy Bates is crazy and violent in this one, but I think this is such a great movie. An obsessed fan rescues / kidnaps her hero, a famous writer and locks him in her cabin.

In Fear – This one is on Netflix and you need to watch it ASAP. A couple is driving to a music festival in Ireland and they get lost in the woods on their way there. Sadly for them, they are not alone. And maybe you shouldn’t be either when watching this one!

You’re Next – Home invasions freak me out, especially when masks are involved. This one has a twist though and the predator becomes the prey.

Hush – Another home invasion, oops. Hush revolves around a deaf writer living alone in the woods when a masked killer attacks her. I enjoy movies with a small cast and this one definitely delivers. You’ll find yourself talking to the TV and thinking about ways to escape, I know I did. (And yes, it’s on Netflix!)

There are 4 movies in the series but if I had to choose I’d definitely pick the first two. All are great for a weekend binge watch. I’m sure you’ve heard of these or even seen them, but to refresh your memory: The movies focus around a girl and her friends, all in high school, who are terrorised by a killer in a ghost mask.

Now, back to the recipe for this Halloween pizza. This pizza is really like any other pizza. Well, almost. The base is the same, we have the dough, the sauce, the cheese. But the toppings are fun! I went for the cute / scary theme, like something out of The Nightmare before Christmas.

You get 6 pizzas from one batch of dough. They’re the perfect size for eating, because each is about the size of a really big slice of pizza. But they’re round and more cute.

Whatever you do this Halloween weekend, I hope you have fun! Which is guaranteed if you make the Halloween pizza.